crimson_tide wrote: ↑
Thu Apr 21, 2022 11:09 am
So look, spring break hasn't been the Lost Judgement joyride I wanted it to be because life happens.

I'm sure you'll get to it soon!

I’ve always preferred 2D fighting games to 3D ones. I was never really a fan of Virtua Fighter. My favorite fighting game franchises are Fatal Fury, The King of Fighters, Samurai Shodown and Street Fighter.
Top

Yeah, there's lots of great 2D fighters as well, for sure. I've just never found another fighter (for me) with the combination of depth and presentation that just clicked so nicely as VF (from 4 onward).

The only fighting games I've ever really gotten into are the original Mortal Kombat on Genesis and War of the Monsters on PS2. 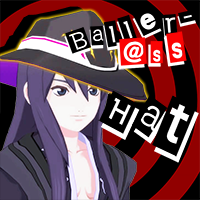 I'm sure you'll get to it soon!

I have resigned myself to getting to it this June when school is over. While I am working this summer (like the vast majority of us teachers do contrary to popular belief

), it still affords me a better opportunity to play it at a good pace rather than try to rush through anyway.

And I used to play a TON of Virtua Fighter 2 as a Sega Saturn stan back in the day. Jeffery and the brat with the orange vest and jorts were my kind of hype. Then I fell off. But I played VF5 and beat it as the luchador multiple times in Yakuza 6. I appreciate the technical aspect of VF but I am a bigger fan of fighting game spectacle so Tekken/ Soul Calibur style works better for me. After MVC Infinite just let me down, I am looking way more forward to DB Fighterz than I had been. I am going to get to that after MK11 which I am probably going to start next week. Those games play really well in small chunks.

I don't think I have a 2d or 3d preference. Does the roster have cool characters, can I play it easily and does it look baller when I fight is how I pick