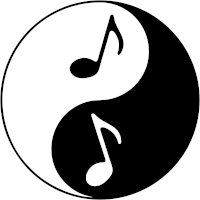 argyle wrote: ↑
Tue Oct 25, 2022 12:15 pm
BotW is amazing, but it's almost a completely different genre than Okami & past 3D Zeldas. It's MUCH more about giving you complete freedom, along with a complex set of physics and letting you just explore. You're given all of the necessary tools to progress in the introductory area, so there's no gated areas or content - you can do anything as soon as you leave that first area. It's just a fantastic experience IMO. But again, comparing it to the others (or Okami) is really apples & oranges.

That's fair. Alright, so let me say in the category of "video games" Okami is better. But that's no slight to BOTW from me. Opinions of course, but the great thing about opinions is that no one is wrong...or right.

Phaseknox wrote: ↑
Tue Oct 25, 2022 12:21 pm
I watched a story recap of the first game in the second, but it’s extremely brief and not very well done so it didn’t really give me too much of an understanding of the events of the first so I’m going to skim a video walkthrough of the game.

I see. Btw, I thought I had 2 in my backlog, but I just had the non-numbered sequel / side story (Keepers of the Dark) and the original. So I put the 2nd in my wishlist.


Phaseknox wrote: ↑
Tue Oct 25, 2022 12:21 pm
I just watched the video as well, and I agree with you. I think that it’s obvious that I’m really into indie games based on the sheer amount of them that I buy and play, they’re what make up the bulk of my PS4 game collection. I really like retro style games since they’re what I grew up on, and it’s nice that they’re still being made in the indie scene.

Big budget AAA games haven’t been appealing to me as much lately, I’m not even all that excited for God of War: Ragnarok which comes out soon. It just looks like more of the same to me, and I didn’t like the first game quite as much as a lot of other people did. Part of that is because I’m just not a big fan of Kratos, or big angry dudes in video games in general.

My desire to play as female protagonists in games has grown even more over the years to the point now where they’re basically all that I want to play as, and AA and indie games often have female protagonists because if we’re being real here they seem to be what appeal to female gamers more than the big AAA stuff. And for good reason, because the big AAA stuff is usually aimed at a predominantly male audience primarily teens and dudebros. That’s why Call of Duty and EA Sports games are the biggest sellers year after year.

That’s where the real money is when it comes to gaming, so companies interested in video games more as a business than as a creative art make games that will appeal to the biggest game buying audience which are dudebros who like testosterone fueled co-op and multiplayer action games, shooters and sports games. Thankfully AA and indie game devs exist to provide games to those of us who prefer more creative, original and unique experiences especially single player ones that don’t cater to one specific audience and/or demographic.

Yeah, that's the biggest problem with big-budget AAA releases is that they're so heavily leveraged financially that they can't afford to take much of a risk. They have to homogenize / focus-group everything they make in order to appeal to the broadest possible base of customers to maximize the return on investment. When you do things like that in any artistic endeavor, the "art" is lost and a product is born.

I won't say I don't enjoy any AAA games, of course, because sometimes I fall into the group that is being catered to by those big-budget games, but even when I'm in the right demographic, I often have the feeling that I'm playing a very "streamlined" experience that is missing some of those rough edges and idiosyncrasies that make an experience feel original and interesting. It has this familiar and bland flavor oftentimes, even when it's "good".

Yes, it's incredibly how much personality and character can be conveyed in the absence of language. Sometimes even more so than when characters are always talking. 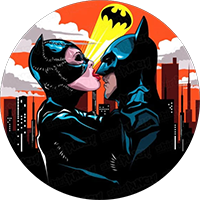 So Phase has commented before about how it doesn't make a ton of sense to bother buying physical these days since so much of the game is patched/downloaded anyway, and for a lot of stuff - especially the big "AAA" releases - I agree. Indies are a little different, and they're the main things I bother getting physical for these days, but even then there are updates (just usually not as severe/necessary). Anyway, even keeping all of that in mind, this is ridiculous. I mean, what's the point?

"The Modern Warfare 2 PS5 disc has 70 whole megabytes of data"
https://www.vg247.com/modern-warfare-2- ... d-required
"When I was ten, I read fairy tales in secret and would have been ashamed
if I had been found doing so. Now that I am fifty I read them openly. When I
became a man I put away childish things, including the fear of childishness and the
desire to be very grown up.” ― C.S. Lewis

argyle wrote: ↑
Thu Oct 27, 2022 7:58 am
So Phase has commented before about how it doesn't make a ton of sense to bother buying physical these days since so much of the game is patched/downloaded anyway, and for a lot of stuff - especially the big "AAA" releases - I agree. Indies are a little different, and they're the main things I bother getting physical for these days, but even then there are updates (just usually not as severe/necessary). Anyway, even keeping all of that in mind, this is ridiculous. I mean, what's the point?

Yeah, I saw the writing on the wall back in the PS3 days. It surely wasn't as crazy as what you mentioned, of course, but things have been trending that way for a long time. It's part of the reason I transitioned to being predominantly a PC-centric player. I didn't see much point in accumulating what amounts to essentially a "collectible" rather than complete games. Why should I dedicate space to "keys" to unlock my games. A part of me prefers physical media due to the added benefits of that type of ownership, but I can't deny the convenience of the digital alternative. And for me, games are much more about *experiences* than *things*.

Funny related note - one of the best games I played this year, or any year, weighs in at a whopping 37 megabytes. Take that Activision!

argyle wrote: ↑
Thu Oct 27, 2022 7:58 am
So Phase has commented before about how it doesn't make a ton of sense to bother buying physical these days since so much of the game is patched/downloaded anyway, and for a lot of stuff - especially the big "AAA" releases - I agree. Indies are a little different, and they're the main things I bother getting physical for these days, but even then there are updates (just usually not as severe/necessary). Anyway, even keeping all of that in mind, this is ridiculous. I mean, what's the point?

Yeah, physical discs just seem like unlock keys these days which is why owning my games physically now isn’t as appealing to me as it used to be. My Xbox 360 physical game collection feels more meaningful to me than my PS4 one does because I’m not online with my Xbox 360, so when I play an Xbox 360 game it’s directly from the disc with the entire game data on the disc as is without any patches or updates. Thankfully games from back then shipped complete or at least close enough to complete to where patches and updates for them weren’t as necessary as they are now. So my physical Xbox 360 games are the actual complete and finished games that can be played offline which isn’t the case with my physical PS4 games. But I still like having a physical copy of a game if possible just because it feels like I actually own it more even if it’s basically a key to unlock and download the game more than it is the actual complete and finished game on the disc.
Top

I quit playing DreadOut 2 because I reached a ghost fight where you have to bring up your phone camera to first person view to look through it to see the ghost, and then take a photo of it when the image becomes static-y to hurt it. The problem is that the ghost attacks you quickly, and bringing up your phone camera to find it on the screen is slow and the ghost always attacks you from the side or back so you have to turn to find it, and by the time that you do it’s already attacking you. I managed to take photos of it and hurt it several times, but I still didn’t defeat it. I died several times during this battle, and the load time to restart is extremely long. I was finding this battle infuriating since the ghost can basically continuously attack you quickly while you fumble with your phone camera trying to find the ghost, it’s not challenging it’s cheap. And having to wait through a long load screen just to do the battle again became too much for me to want to deal with anymore.
Top
Post Reply
25 posts